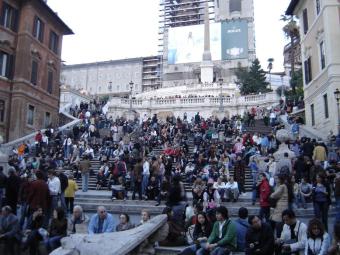 When Rachel and I were in Rome with Charles we stopped by the Spanish Steps during the day when there’s always several hundred other people (we also stopped by late at night for a pub crawl when there wasn’t many people there but that’s another story). While we were there Charles suggested a Where’s Waldo picture and I agreed. Therefor I bring you Where’s Waldo Spanish Steps edition.