I’m sure this isn’t the post anyone checking our blog is waiting for at the moment (sorry about that). However; It’s important to me, and I needed to post it. 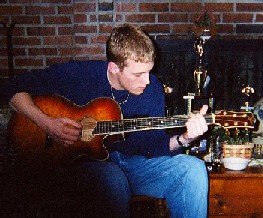 9 Years ago Yesterday (Monday May 17th 2001) Marion NY lost one of its most beloved young men: Randy Miller. I’ll be honest, I wasn’t that close with him in the later years of our shared educational experience, but we were both perfectly friendly with each other. We simply shared different groups of friends. I do remember during the last few years of high school we would share a ritual almost every morning, and when I think of it now it still makes me smile.

When he first passed, it hit the whole town hard. I’ve never seen so many people show up in support of the loss of a loved one. The largest church in Marion was standing room only and overflowed into the stairwell and parking lot. Everyone felt it because it was so shockingly sudden and happened in such a horrific & terrifying way while during such a noble act.

The toughest fact to swallow is that Randy drowned while trying to save his friends who weren’t as strong of swimmers. Honestly, I can’t think about that without tearing up a little bit. I can’t think of anyone else I know that would put themselves last in such a way.

While Randy died young, he certainly didn’t leave this world without a lasting imprint. Until his mother recently started posting on Facebook I had totally forgotten he was so into poetry. He’s been published by the International Library of Poetry twice! I also remember him getting some of them in the local Marion/School publications. For being so young, he certainly had a deep outlook on life. This is one of my favorite poems which I stole from his Facebook page:

a crooked man walks a straight path,
a path of hopes and dreams.
he walks ahead without thinking twice or so it seems.
as he walks the path he proceeds to
his final destination without once falling through.
yet as he completes his journey, this voyage of his,
he knows the importance was not the things he didn’t do,
but the things he did.

I don’t know why but I get much more sensitive about the whole thing now than I did back then. Back when it happened, it just felt like a terrible thing that happened to someone I knew. For some reason now it hits me hard this time of year and this year harder than it has in the past. Maybe that’s just me imposing my own mortality on the past because of our little one on the way? I don’t know.

I hope some day I’ll be half the man Randy Miller was at the age of 19. 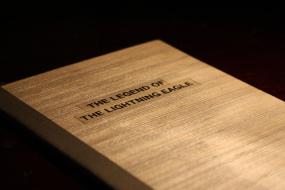 I’m a published author, didn’t you know? Apparently in 1991 I wrote some goofy story about an Eagle and they published it into a little bound book.  Just found it in a pile of stuff from my mother.  Kinda funny.  I was 8 so be gentle…

The Legend of the Lightning Eagle
by: Randy A Aldrich
Published in the Marion Elementary Publishing Center 1991

A long time ago, there was an Eagle who lived in a huge nest.  He loved to fly above a big open field.

One day when he was flying he decided to go into town.  When he did, people saw him and tried shooting him.  Then he flew back to the field.

The next week he went back, but during that period he learned to fly very, very fast.

When they tried shooting him, he flew as fast as the wind.

When he went back to his nest during the night, people thought of a name for him.  “It is done then.  His name is Lightning Eagle,” said the counselor.

They told everybody in the town.  The very next day some kids started a club.  It was called the Lightning Eagle Club.

That day he flew into town.  He was very surprised because no one shot at him.  “Why aren’t they shooting?” he thought.

The people in the Town yelled, “We’re not going to shoot you.  We even made a name for you — Lighting Eagle.”

About the author: I am 8 years old.  I like to play baseball during summer vacation.  I like to go for rides on our boat and go to the thousand islands.

It is done then.

A few days ago I noticed Google added Rochester to Street Views. Surprisingly It’s one of the larger areas that they’ve covered and is very detailed. They even covered parts of Wayne county including my parents house.

While looking at the streets they covered around where I work I found this little gem (pictured below). Apparently their GPS is a little off sometimes. 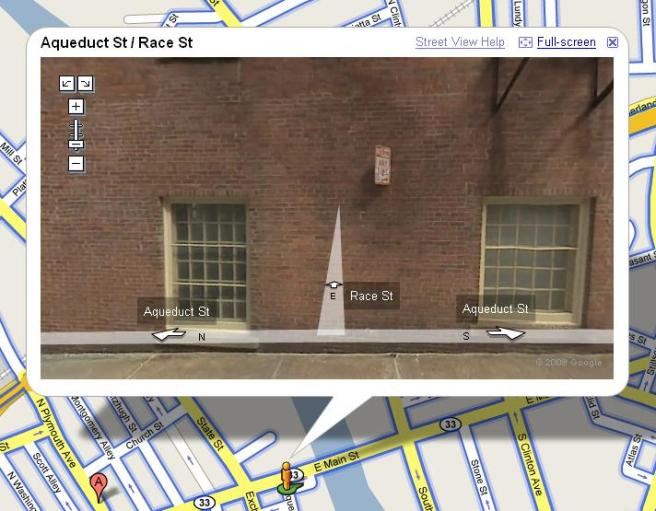 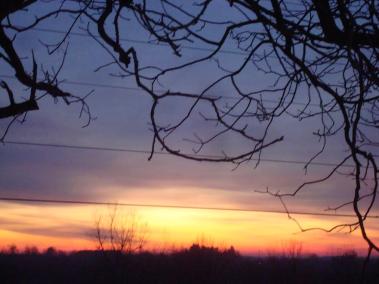 My parents are off on another adventure. This time they’re in Florida. I wonder if this will become a recurring theme now that my Father is retired? My mother claims that she’s going to work forever just for the health insurance benefits she gets through Wegmans so maybe not. I can’t imagine she’ll hold out quite that long, especially at this pace, though.

I’m happy for them. They’ve worked their whole lives and now get to reap the rewards. I hope they take even more trips so I can see the pictures. Or maybe next time they’ll take us with them? Or maybe we’ll take them with us.

While they’re gone this time we’re watching the house, well not the house really but my 17 year old dog Chewy. She was born in the middle of the Ice Storm of 1991 and is probably the healthiest 17 year old dog you’ll ever see.

I never realized while growing up here but the scenery is quite beautiful. My parents live in Marion Ny in the same house that I grew up in. While I was growing up it was completely surrounded by fields, valleys and farms. now there are 3 houses across the street instead of fields, and they mostly block the view. Even so the colors of the trees on the other side of the valley are always gorgeous and I had forgotten the sunrises were often so amazing. I woke up to a beautiful sunrise Thursday morning. What a wonderful way to start the day.